Sourcing to God as Money and Sustenance

The last few days have been about “endings” and this theme will continue for the next few weeks.

The more that our true Christ Sophia Union Template activates the more the false twin or inorganic partner falls away as the True Genetic Equal begins their lift within our Soul Matrix/ Lightbody and Physical Reality.

A lot of people are with the physical manifestation of their Masculine or Feminine wound in a person which is actually a part of the reptilian interface although it does work to our benefit, which I will explain.

The masculine wound manifested in a man is someone who matched up so closely with your Soul Signature that they activated the beginning of Hieros Gamos within and the start of corrupted gender programs and core wounds to be felt, seen and transmuted. This awoke many to a kind of ‘twinning’ experience that felt like spiritual love and turned into a very intense, long and drawn-out pain-body activation blended with spiritual experiences and anger/ grief.

The inner wound manifested as the false twin is a part of this reality because of alien software that works as a kind of torture device that will tag two individuals and begin feeding off of the pain/ dysfunction and toxicity they create within another that also has a synthetic spiritual depth that causes looping, cycling, running, chasing and programs that have nothing to do with the pure devotion present within an organic, God decreed union.

There is a sense of togetherness and sexual addiction that can hold many in place. There are so many externalizations and relying on that person because of the spiritual feeling you think it gives you, not realizing that that is your True Union Energy being exploited, misused and put on a person who isn’t truly reflecting your Union Template, but is actually feeding off and harvesting it, whether consciously or unconsciously.

Both people in a false twin flame scenario are being used by malevolent forces that are trying to keep them from their True Union and harvest the pain and misery of a false alien love bond that truly creates chaos and can keep someone stuck in their pain body for years and years.

The good thing about one of these initiations is the ability to utilize profound soul expansion through this experience to help others overcome it, and the spiritual tools to heal the darkest, densest energies in our Union Template so that the True Genetic Counterpart can actually come through.

There are other upsides, but the amount of suffering is definitely not normal and a total setup using mind control and trauma for both parties, one of whom is usually more aware that something is wrong and the other being more egoic and reptilian in their own way. This is not to say they’re less ‘awakened’ as an insult, just to say that one party is usually holding more reptilian encryption (Lilith/ Azazael) programming and is usually more attached to it and not wanting to go through the ego death to transform through the experience, while the other one is trying to do this knowing that there’s a way out of the connection.

The more reptilian mind-controlled partner is using the sexual energy from the feminine (twin) to send up to the dark entities, so they’re persuaded to keep the one hostage. What’s interesting is that even if the other one is held hostage, it may be that they are not in a committed relationship with the false twin, they may actually be on the side to his or her primary relationship. It gets so unbelievably dysfunctional. Again, more than ever right now, the plug is being pulled on the false twin and the manifestation of our core wound being healed and no longer relevant. We are no longer seeking that spiritual energy in another, we are becoming one with that spiritual love and actualizing the Union from the purified template of our True Union.

This is one hell of an ending to a crazy long initiation for a lot of us and allows us to see our own narcissism, victim mentality, corrupt masculine/feminine, ancestral/societal miasma/ and to see how broken people can be used as portals to cause the most pain to angels on huge missions here.

Some are both Angelics, being highly targeted and in the wrong space together while others are more of a one Draconian Starseed and the other side Angel or Pure Starseed having a quantum entanglement experience thanks to the highly sophisticated reptilian programs of the dark mother and father (Lilith and Azazael and Horus Ra) who love working together to try and take out big players in the New Earth and Families of Christ. If you’re one of these people, consider that you are a massive threat and that stopping your Union is incredibly important to some desperate anti-christ, extraterrestrials and demonic hierarchies.

All is good, if you’ve survived this, then you should be proud! Just being here after those experiences is huge, impressive and means something, so please don’t be hard on yourself.

Not only are a lot of these false unions falling apart right now and continue to, but also “friendships” and those who don’t have our best intentions at heart.

Some people say a lot and may want to love us, but deep down they don’t truly honor or value us. A lot of True Angels are triggering to others, used as a projection dumpster and blamed for the uncomfortable emotions present and triggered within others around them. I know a lot of Angels who bring so much up unintentionally for people that get close to them and wish they didn’t because it makes it hard for them to trust that people can withstand being connected to them.

This will shift as we all allocate our energies through the New Earth and are able to hold those super-high frequencies without freaking out. True Soul Tribe and Monad are working their way back to each other right now so we will drop that which is no longer a match, and the energies for this are ripe right now.

We must respect each other’s alignment and energetic sovereignty. We must allow each other to listen to the voice of God within and align to that which is best for us now.

And while that may not be one another, it doesn’t need to cause attack and black magic with our words (saying hateful and evil things), we can actually see where we may have relied on someone too much, put them on a pedestal and open that space for the Creator/ our Union or a new friend/ client or person to look up to.

Being graceful and trusting God around energetic alignment is essential.

Throwing insults and blame towards someone who no longer aligns with you actually shows where you were outsourcing your own power onto them, are actually deeply hurt and not recognizing the gift in opening space for new connections.

We need to be fluid and open as the energies intensify. Anything can happen. Huge shifts will be made and big things will manifest. It’s not a time to cling to the past at all, it’s a time to let the old fall away and crumble. The new is wanting to fully expand our horizon and the true Monad, friends and love is wanting so much to come through for us.

God doesn’t let big fall out happen unless there’s a plan to replace what has cleared.

This is a great opportunity to see where we doubt God and his/ her plan for our life and rely on the opinions and presence of others instead of our Creator. God is using this as an opportunity to see and know where our true sustenance comes from, which is the living Christ.

That is the only True Abundance that can be sustained.

God really wants us to get this!

If we get this we get the key to this life.

The more developed our relationship with source, the more energy, miracles, alignment, union, love and truth energy we can sustain and hold and create.

You can have every spiritual course/ millions of dollars and more and never have the soul fulfilment and peace that you’re looking for.

Your relationship with God is number 1 and exactly why we are allowed to go through these painful endings so that we can see anywhere we are externalizing our value and source back to the only true sustainable energy.

Money challenges occurring right now, money slowing down has been massive for our ability to generate abundance; the wound I saw coming up was the lack of trust in the Creator that he/ she will provide for us, confronting that fear is everything!

Ask yourself, why don’t I trust that Sod is my sustenance? Why am I relying on the material world for money, instead of the most abundant source available to me? What are these old poverty energies and curses that need to be dealt with and processed?

My suggestion is to deal with it head-on, sit down and feel into the deeper reason for why your money is slow and you don’t feel magnetic right now because you’re getting a break to process the previous dark mother/ karmic debt/ and purgatory fall out as well as confronting your deepest fears around being in survival mode and far from God.

So much has tried to take our focus away from mending our relationship with source and healing our money wounds by wrapping us in the material black magic world of sweat, blood and tears instead of flowing with God’s plan for our destiny that is holding the key to our abundance.

Find that key, get back with God, unlock the Eternal Abundance Templates and start magnetizing sustenance purely through inspiration from the Holy Spirit – now that’s a game-changer.

I hope this supports and helps everyone. Take what’s resonates, leave what doesn’t. 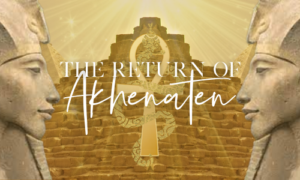 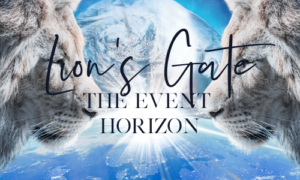 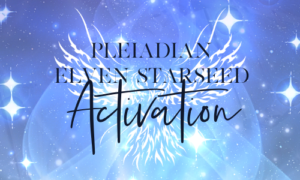 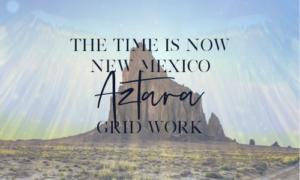 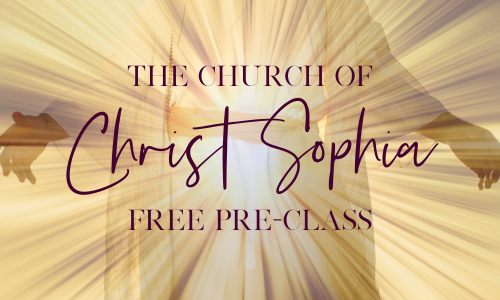 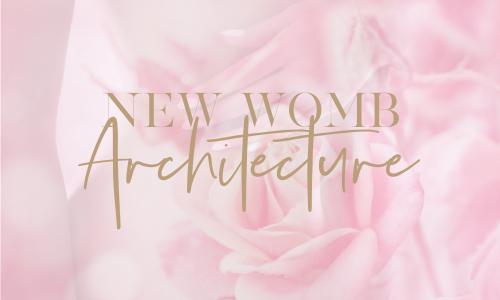 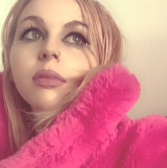